Journey from Nepal to Sweden

Finally, after a long wait, I got the result from University Admissions in Sweden, UNIVERSITYADMISSIONS.SE, only the official portal for applying permit to study in Sweden. I was selected for enrolling master’s in Data Science, at the University of Skovde. Well, this offer letter was a big deal for me, now all left was to pay my fee and approach to the Swedish embassy, New Delhi, India, as there isn’t its embassy in Nepal. I made travel to India and approach the embassy early in the morning. Scheduling was very easy, no pre-booking, no-hassle, appointment was made at the same time registering the name with confirmation of offer letter.

Staff was very genial and cooperative, I could feel I was about to begin the next phase of my life if my visa would be granted and the interview went very good. I was told my Permit card (visa) would be sent to Swedish consulate at New Road, Kathmandu. After two weeks I got a call from the consulate that my card has arrived. I was utterly happy. I made preparation the day I succeed in the interview in India. I also began learning the Swedish language via Swedishpod101 and Duolingo.

I made sure as before travelling, it’s better to know some basic knowledge of cultures, weather, traditions, living styles and so forth. As nordic country it’s obvious to be colder than my home country, Nepal, I prepared packing all my winter clothes and purchased new ones too. Sweden is known as one of the cleanest country and Swedish people with decent behaviour. While I arrived with my other two fellows at Gothenberg airport we felt full of joys and excitement. I enjoyed amazing views of Gothenberg city. After taking rest almost for an hour we purchased three tickets headed to skovde with SJ, in fact SJ and Vasttrafik are the two major train services in Sweden. I was shocked as Sweden was cashless! while buying ticket we told counter we were International students and we don’t have Swedish bank account to go cashless nor we had credit card from Nepal, later he agreed. We were welcomed by one of the staff of University and we were mostly helped by respected brother Mr. Dip Thapa from the day arrived. The same day we were taken to student dorm. We had small talk each other, informed our parents and we were a bit exhausted due to long travel, we agreed to take rest for that day. Everyday was new day for me, we did not miss any events and we took full-cycle ride each day. Let me remind you that in Sweden the most fascinating was there is different path for cycle riders and pedestrians.

University conducted orientation classes for seven days and there were many programmes, events organised, especially for International students and it was amusing as many students from different parts of the world were participating. Learning days in University was really different as compared to Nepal, as self-study are widely practised. Since we came in summer season, cycle riding was one of my favourite and I have learnt many aspects as a student but there many yet to be learned. 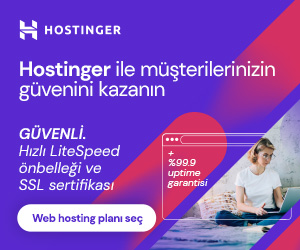